How to Sideline your Wine Career: Drink and Drive 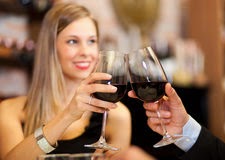 T.G.I.Friday!  Cheers everyone--here's to a hard week at work!  Let's stop by the bar and grab a couple of drinks to get the weekend started off right.  We did our best this week, whether that was signing a big sales contract, dealing with unseasonably warm weather in the vineyards, bottling the first round of wines or finishing up our tax returns.  It is time to celebrate the beginning of the weekend.  And we are so lucky to be in the wine and spirits industry.  We know what to drink, we know where to get it and often we have friends and co-workers who will share in the celebration.  So bottoms up!

That is quite the siren song, and I wouldn't be here if I had not shared many a happy hour with co-workers, hosted clients to a wine dinner or participated in my fair share of wine tastings.  But that siren song can have a high price, especially if it is paired with the siren of a cop car pulling you over on suspicion of driving under the influence.

DUI:  An Occupational Hazard?  I have heard plenty of folks in the wine industry say that drinking and driving comes with the territory; an occupational hazard so to speak.  I've also met plenty of people who had one too many, stepped behind the wheel and ended up with a DUI.  In turn they end up losing their job and spending over $40,000 because of the DUI.  Not much to celebrate after that happens.  And unfortunately, I have also had friends and family lose a loved one in a drunk driving accident. 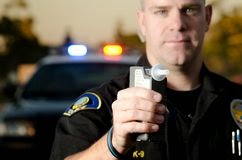 Now, for those of us who have never had a DUI, we may not know the high cost of getting one.  It may not be important to you now, but believe me, if you get a DUI you will very quickly come to realize the true cost of it.  First there is the actual monetary cost.  The DMV.org website has a great reference article,  The Real Cost of a DUI in California.  According to this the overall cost of a DUI here is $45,435.  That's a lot.  But there are long term costs that are not taken into account that I think you need to know about.  And they are in your career.

Over the years I have talked to many people who only learned about the detrimental effects of a DUI to their career after they got the DUI.  Some people lose their jobs because they can't drive for work under the employer's insurance.  Others cannot get their dream job because the employer requires a criminal background check and their records will show an arrest and conviction--whether it be a misdemeanor (often for a first offense without any injuries) or a felony (subsequent offenses or injuries or death to others while driving under the influence).  Employers may back off on making an offer to someone with this kind of criminal baggage and hire another person.

From Rising Star to Underemployed:  One of the first stories I heard was of a young, aspiring distributor sales representatives who had recently been promoted to manage sales in a large metropolitan territory.  This sales manager was the rising star and went to dinner with one of the company's executives.  After sampling some great wines, enjoying a wonderful dinner and probably having a night cap, she drove off towards her new house in the suburbs.  The world was her oyster, and she was living her dream of success.  That was until she was pulled over and her field sobriety test showed her way over the legal limit.

Of course she was panicked, and dealt with the legal aspects of her arrest and conviction, but she also quickly learned what the cost was to her career.  Once her employer found out they terminated her position because she could not be driving on company business.  Having just relocated to the area, she didn't have the safety net of family and friends nearby and had to go it alone finding a way to support herself while also paying the high legal costs of the DUI.  Looking at new jobs, distributor sales positions were essentially unavailable to her because of the requirement of a clean driving record.  Having built her career on distributor sales, she had to quickly regroup and figure out what else she could do.  A DUI can stay on your driving record for 10 years in California, so she needed to reinvent herself.  She enrolled in an MBA program with a great local business school and was up front with potential employers about her DUI.  She ended up getting a sales management position with a small winery and has been getting her MBA completed.  The DUI costs may have been around $40,000 but she took an annual pay cut of close to $40,000.  Four years into it she would have missed out on over $160,000 in salary.  Ouch!

Young Student Doing Everything Right Until the DUI:  A more recent story I heard was of a student in the Viticulture and Enology program at a well known California university.  This guy had recently turned 21 and was at a bar on the weekend.  He had some drinks and then hit the road.  Unfortunately, he had a bike rack on his car that caused his license plate to be blocked.  A CHP saw that and pulled him over.  When he was pulled over, the officer detected alcohol on his breath, gave him the breathalyzer and he was over the legal limit.  Now he has a DUI and can't work in viticulture;  his chosen field.  He had already worked in various viticulture positions, building strong experience for his future career.  With the DUI, he most likely cannot work in most viticulture positions due to the need to drive a company truck and be on the company's insurance to drive vehicles and operate machinery.  He has had to rethink his future and is now looking at cellar and enology positions at companies that do not require a clean driving record.

My advice to him is to stay keep his record clean, build up a strong list of references and stay on top of his DUI record.  It is expensive, but anything that can be done to make your driving record reflect a lesser offense is worth it.  In some states you can get a past conviction expunged.  Nolo Press has some great information about DUIs, including this on getting a DUI off your record.

Don't Drink and Drive.  It can ruin your career.

Posted by Amy at 4:15 PM No comments: Links to this post