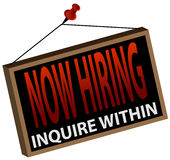 Napa Valley Grapegrowers routinely puts together educational seminars to support the needs of the membership.  The Program Manager will work with the Associate Director to identify potential seminar topics, develop the content, reach out to industry experts to support the seminars and handle all of the logistics of these seminars.  The Program Manager is also interacting with the membership and the Board of Directors to identify topics and programming for seminars.  Additionally the Program Manager will play a key role in all special events NVG puts on.  This will include venue selection, vendor contract negotiation and scheduling all actions that must happen to create a professional and seamless event.  To support and build on the mission of the Napa Valley Grapegrowers, the Program Manager will manage the website content related to the position, assist with the grant process including all necessary reporting, and administrative duties as needed.

Interested candidates should email a resume to amy@winetalent.net.  All inquiries are completely confidential.   PLEASE DO NOT CONTACT THE NVG OFFICE DIRECTLY.
Posted by Amy at 5:24 PM No comments:

Although deciphering and complying with California’s labor laws is challenging for most employers, it has recently become even more so for employers with piece rate compensation systems.  Although for years such employers reasonably assumed that such systems were lawful so long as the piece rate compensation provided at least minimum wage for all hours worked, a number of courts began ruling that such pay systems were in fact unlawful unless they included a distinct payment for rest periods.   Recognizing the unfair dilemma confronted by employers who assumed their employees were paid properly, the Legislature approved AB 1513, which allows employers to minimize the risk of lawsuits over piece rate pay plans by making retroactive payments to employees for rest periods.

The so-called “safe-harbor plan” is conditioned upon meeting two deadlines – a July 1, 2016 deadline to register with the state for participation in the plan and a December  15, 2016 deadline for making the actual payments.  As expressly stated in the safe harbor statute,  participation in the plan does not preclude lawsuits over rest period pay, but it provides an affirmative defense to such lawsuits, precluding an award of damages or penalties.  To take advantage of the affirmative defense, however, the employer must prove that it complied with the letter and spirt of AB 1513’s safe harbor program.

Any employer with piece rate compensation systems should carefully consider the pros and cons of the safe harbor program before July 1.  Exposure to wage and hour litigation after the deadline elapses will increase dramatically for employers who have not taken advantage of the safe harbor.  As the list of employers who register for the program is on-line and publicly available, anyone considering a wage and hour class action will instantly know who has registered and who has not.  Given the difficulties inherent in overcoming the affirmative defense,  employers who have registered for the program will be positioned to aggressively block rest period litigation.  Those who fail to register may still argue that their pay systems were adequate, but they will have to overcome the current precedents holding that rest periods must be separately paid.  Registering with the state’s program is user-friendly.  Employers interested in the program should immediately log onto the Department of Industrial Relations website and click on the AB 1513 link: http://www.dir.ca.gov/pieceratebackpayelection/piecerate.html.
Posted by Amy at 10:32 AM No comments: